Bishop ordains a priest and deacon for the Adornos...
December 18, 2019 By Admin

Bishop ordains a priest and deacon for the Adornos 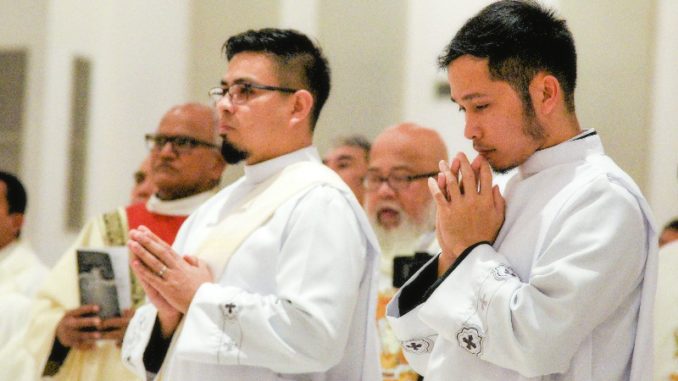 Father Padron, who is originally from the Goose Creek area, is the first person from the parish to be ordained a priest. As a result, the event drew a large crowd of local well-wishers.

Adorno Father Teodoro Kalaw, superior general of the order, and former parochial vicar at Jesus Our Risen Saviour Church in Spartanburg, traveled from Rome for the ordination.

During his homily, Bishop Guglielmone told the ordinands to persevere in confidence and enthusiasm and to be a light shining.

“Don’t be afraid that you won’t fulfill what God asks,” he said. “Come together and shine bright. God will give you the words to speak so that you can serve people in love, just as you serve God.”

“God chooses them to lead in charity,” he told the congregation. “They are devoting their lives to you. They are the image of Christ and we thank them.”

Father Kalaw also expressed his gratitude and encouraged the two men in their journeys.

“You have been blessed to be called,” he said. “Represent Christ, but do not be lazy. Don’t expect God to do it all for you. He has already provided for you. Now it is about what you will do with what God has given you.”

Deacon Lorcha grew up in the Philippines. After graduating from high school, he joined the Adornos and attended seminary in Ramsey, New Jersey. He said his sister, her husband and her young son traveled from the Philippines to support him on his important day.

He served at St. Joseph Church in Lodi, and at the Adorno Fathers Center for two years to help with music and religious education ministry.

“It was a mix of feelings to be ordained,” Deacon Lorcha said. “I am afraid, yet happy and excited to have God bless me with perseverance despite my many ups and downs in the process of my seminary years. God has continued to travel with me and enjoy whatever joys and challenges that my religious life brings.”

Father Padron was born in Mexico, but came to the United States in 2001, when he was 11 years old. He graduated from Goose Creek High School and was active in the church. After he was accepted into the Adornos, he was sent to the Philippines, where he spent eight and a half years. There he finished his philosophy and two years of theology, as well as his first profession of vows. He was transferred to New Jersey to finish his theology at Seton Hall University, where he professed solemn vows and was ordained into the diaconate on May 7. He served his pastoral year in the Upstate at Jesus Our Risen Saviour.

“It was, of course, a beautiful feeling and overwhelming feeling to know that even with my sinfulness and limitations God is still good to me and has given me such a treasure that is meant to be of service for his people,” Father Padron said.

“It was overwhelming to see my family and friends rejoicing with me for what God has done,” he continued. “There is also a feeling of anxiety and fear to know that as a priest you never know what to expect, but at the same time deep inside, I am sure God is telling me, ‘do not be afraid, for I will be with you!’”

Deacon Lorcha was assigned to St. Anne and St. Jude while Father Padron will serve at Jesus Our Risen Saviour. 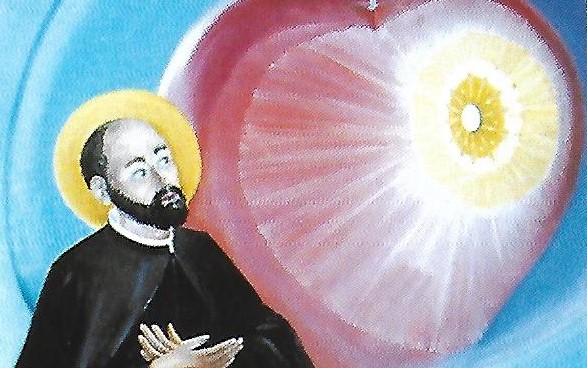 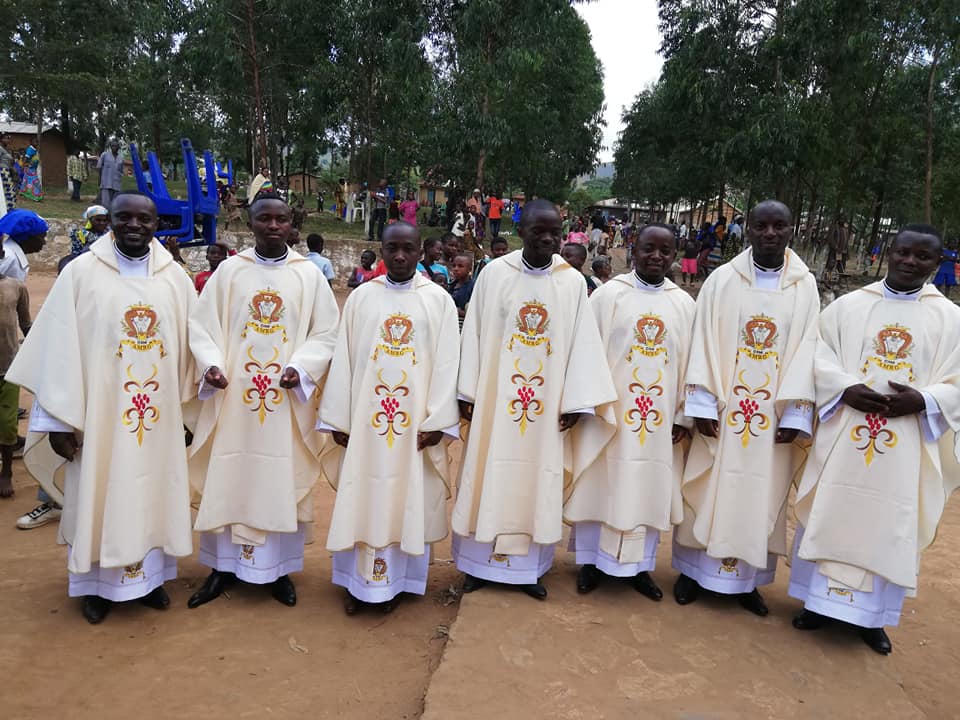 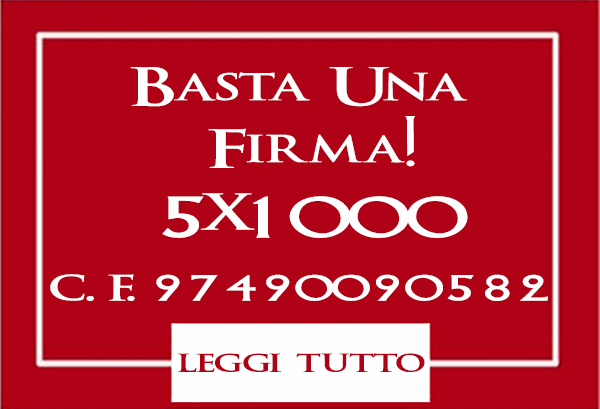